Here in Finland in the university, communication and the whole process feels much less formal compared to my previous experience in Russia.
University staff can be approached by email, which usually formed as firstname.surname@university-name.fi. They check their emails regularly and always reply very fast. Regarding any question about the current or upcoming courses, students can contact professors directly.

I cannot yet get used to the fact that in emails professors are to be addressed as "Dear Piter", or even "Hello Peter". Using name and surname is already super polite. As for emails starting with "Dear Respected Sir/Madam", it is considered funny! This we students were specially told during our onboarding in the first week.

The process is also very much adjustable and welcoming. This week, I realized that I cannot register to one of the needed courses. It is possible to take this course next year, but I'm also working and very much stick to a certain schedule. The course turned out to be extremely popular, and all the places were already taken. But an email to professor solved the problem, and I was added there as an extra.

After a little gap, in two weeks my studies start again. I hope to bring here more little updates :-) 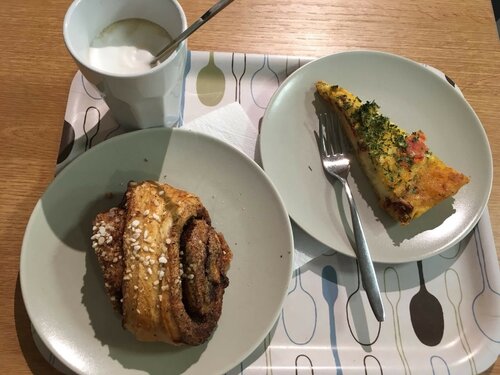 On Mondays, I have my Swedish courses starting quite late and use this chance to get traditional Finnish cinnamon roll with a cup of coffee. Gives me a lot of sugar to stimulate my brains :-)

In the picture, you can see a typical shower room in Finnish swimming pool or gym. There is no doors or curtains. You are lucky if there are ledges in between of showers! And even if they are, they are usually very narrow and transparent. Basically, the strangers can see how you soap your butt. This might be explained by more human body acceptance in the Finnish culture but still sounds awkward to me :-/ Especially the fact that even expensive SPA centers do not provide additional privacy in this sense. I guess, this is not considered needed and there is a doubt that people would pay extra for that. 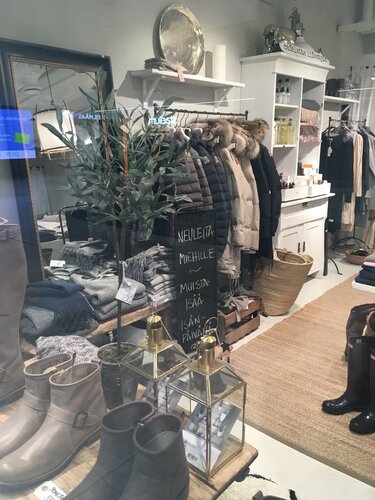 In Finland, at least in the capital area, there is a lot of hipster shops. Usually, they sell something simple for enormous prices. To my surprise, people manage to make a hipster shop out of regular stuff, especially if it costs much. For example, I would never guess that you can make a shop for selling rubber boots, winter clothes, and plates at the same time. But as you can see in the photo, it works fine.

I have mentioned electrical heaters Finns use for cars. This also developed a habit to park in front direction. I follow my Moscow pattern but in general back parking happens here less often. 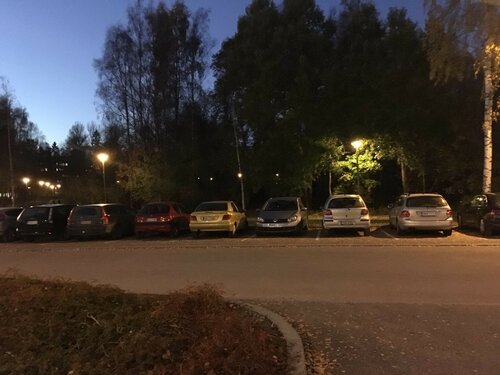 Finnish national television and radio group issues daily news in the simplified Finnish language. They are making short sentences, use regular words and speak slowly. This news you can find at the television website or as a podcast. If I remember correctly, on the website there are even transcripts. If your level does not yet allow you to listen, you can follow the text. Also, if you want, the other way around, make it more challenging, after listening to the simplified version, you can turn on the regular one. In there, the language is normal and speed is as in usual conversation. These two are not 100% similar, but it is still the same context. Knowing what are the topics, you will get the regular news easier.

You can find Finnish news in simplified language in iTunes.