A couple of years ago, during our first time in Finland, I published a few posts about small things I noticed in my new basic life. Sometimes, there is a lot to share, but these things are not on the same topic. However, still interesting.

As an immigrant, I notice something special every day :-) Recently, I have started a Telegram channel to tell the world about my discoveries. Here it is: @suomi_en.
I also plan to gather those mini-posts here, in old school blog format.

In near future, I may write about buying an apartment and moving, because we've just bought one. There will be other posts, about everything else happening. If you want something specific, write me a private message. 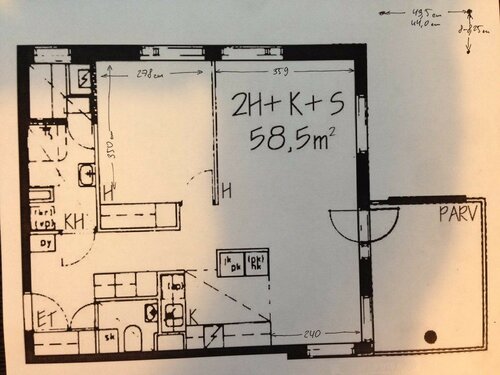 This is a typical Finnish apartment.

Usually, there are embedded wardrobes in the rooms and often in the hall. In old apartments, they might be missed, but in general, you have them.

The apartments go to rent and are sold with kitchen furniture, a cooker and a fridge. Sometimes there is also a dishwasher and a washing machine. However, washing machine rarely happens. Note: the balcony is of the same size as the bedroom.

The other part of the bathroom is sauna (yes, in the apartment!). It is small, only 2 persons fit there and they can only sit not lay down. This room is very warm (up to +40 С) even if the sauna is switched off. That's because the room is very small but it has its own radiator which is always working. The cats like sleeping there :-) Also, it's good for laundry drying, especially if you need to leave for a holiday early in the morning and forgot to wash clothes in advance. Well, the most nicely is to use the sauna for what is was meant for. 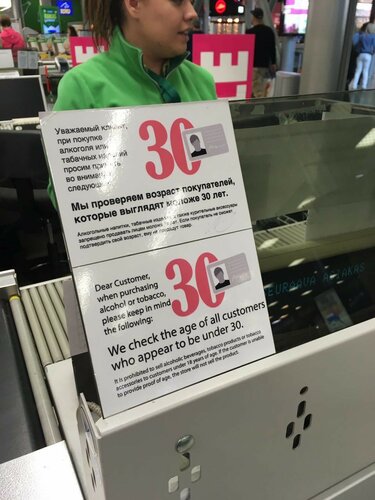 In customer service, signs in Russian are not rare. Of course, mostly in the capital region where there is a lot of Russian speaking tourists. Many official websites have Russian interface, for example, library, migration agency and last times even web shops. National TV issues news in Russian daily.

The Russian language is not special. It is the most popular, this is why we can see it more often. However, the Finns are trying to provide services in many other languages. There are 2 official state languages in the country, Finnish and Swedish, and 3rd salami language in the Northern part of the country. /I will show later what is means in everyday life/

In Finland, a there is no need for a language to have official state status to appear in commercial and even state customer services. At the state doctor’s they try to assign Russian-speaking patients to Russian-speaking doctors, and patients from the Middle East to Arabian speaking doctors, or service in English. This is not only about verbal communication but also for printed instructions, brochures, and recipes.

The tax office website has fully functioning English version, interface after logging in. It also has shorter versions in German, Estonian, French, Russian, Polish and Saami.

Recently, we had municipal election across the whole country. (By the way, anyone who had lived in Finland more than 2 years could vote, including migrants) Before the elections, everyone got a letter with an explanation brochure telling about what and why are the elections and how to vote. The same text was provided in 6 languages: Finnish, Swedish, English, Russian, Estonian and Somali.

Looking for an apartment to buy 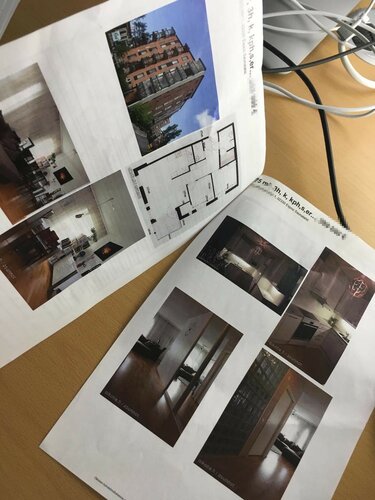 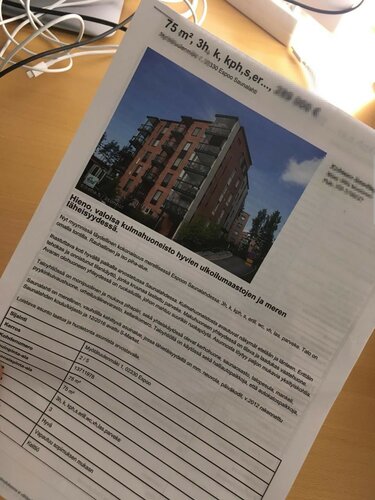 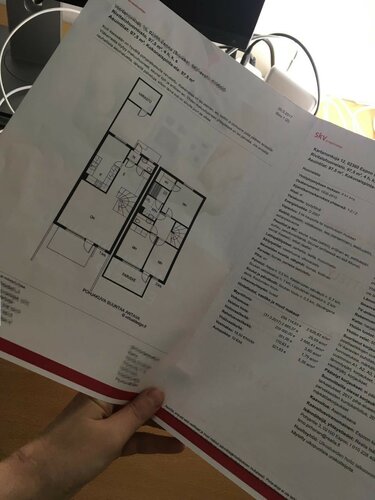 Getting ready to our moving, we sort papers - what to throw away and what to save. While we were looking for the right apartment, we got a lot of brochures with different options.

In Finland, they make public viewings for the apartments. Usually, you can organize a private viewing for the next time if you got interested. For the first time, people go to public viewings which time is published in the advertisement.

Everyone who comes gets such a brochure from a real estate agent. It has the same information as the advertisement. Also, there is floor plan and sometimes photos. We found it very convenient to ask for some additional information following the info in the brochure. After the viewing, it can be taken home.

If the apartment is being sold by an owner without a real estate agent, they make such a brochure anyway. This is a standard. However, real estate agents usually use a template with their brand design whereas an individual makes in a simple way. After placing the advertisement onto a special website, there is an option to download PDF with such a brochure in a simple design.

By the way, if you are going to look for an apartment, I recommend taking your own pictures. Later you will be recollecting what was the apartment and how you liked it. You can look for its photos in the advertisement or on the brochure. But these photos are usually either better or worse than reality. Your own photos will be the most useful. 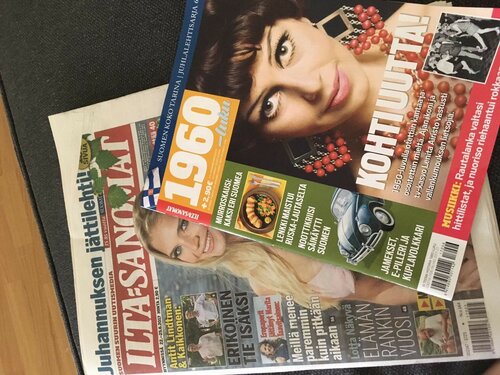 Before 1917, this was Grand Duchy in the Russian Empire. However, It was just 109 years while Finland was a part of Russia and it had a large degree of autonomy. In everyday life, there is not much evidence that being a part of Russia somehow affected Finnish culture. 100 years must be not enough for such transition to happen.

In 2017, we had many events celebrating independence and will happen by the end of the year. Some brands (dishes, clothes) issued jubilee collections. Often is means that brand’s classic goods are now in new colors: blue and white as national Finnish colors, like in the flag.

Itla Sanomat, well-known newspaper, issues a set of magazines. Each piece is about one of the decades from the newest history of Finland. The content is lightweight, but for foreigners, it is very useful to learn about some important events, celebrities of the past and cultural phenomena. In an easy way, and with pictures. 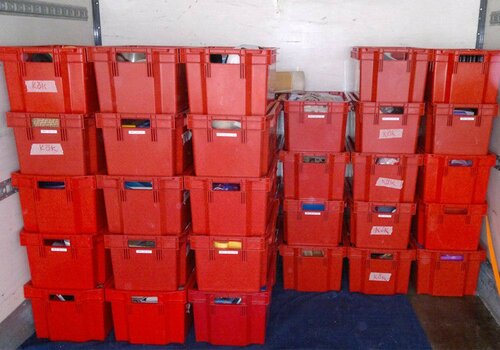 In Finalnd, they use special plastic boxes for moving. Of course, one can buy usual carton boxes. But these plastic boxes are supposed to be rented, so it's cheaper. We have already used such boxes in our office movings. You can fold them, and you can put them each on top of other. There are also lids but they usually are not needed. 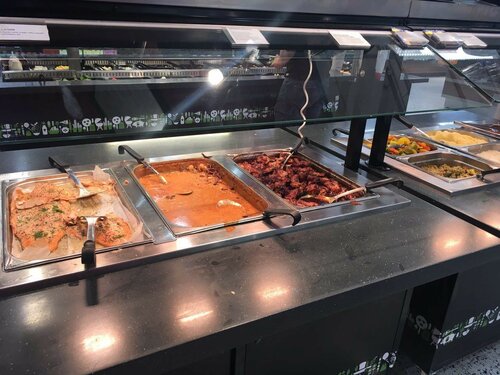 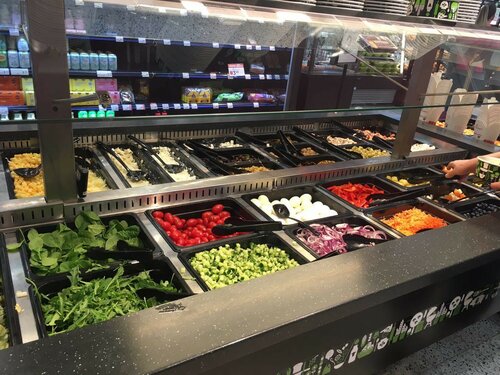 This is a salad bar in a supermarket. Almost every large shop has it. If there is a business center nearby, the closest supermarket most likely provides such a salad bar. The price is per kilo. In this supermarket there are the following options: 3 warm dishes, 3 warm side dishes, many ingridients for a salad, Thai bar ans sushi bar.

I usually take salad. Some ingridients are strange to my taste. For example, there are pieces of fruits, berries, watermelon. Initially, I was thinking that it is for fruit salads but then I noticed that people add it to usual salads o_O

The price is about €15 per kilo. Usually, I take a large bowl (larger than in restaurant) and pay something like €6. There are also diffrent dressings available, croutons, seeds.

You can pay for such salad not only with money. There is also an option to use lunch coupons or special lunch ptastic cards. I will write about it when I go to lunch next time. 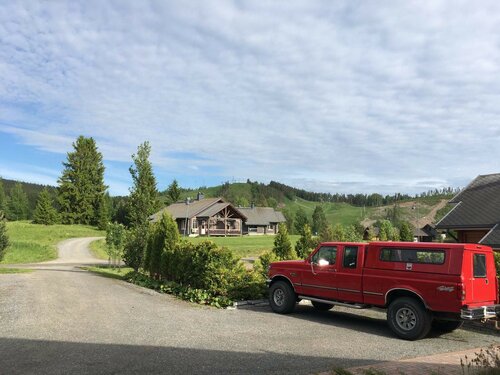 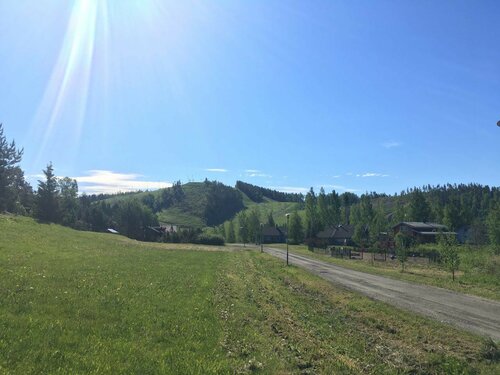 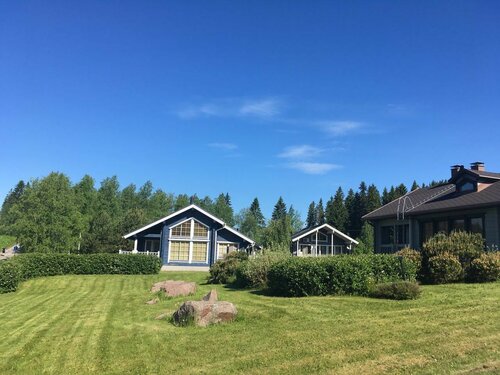 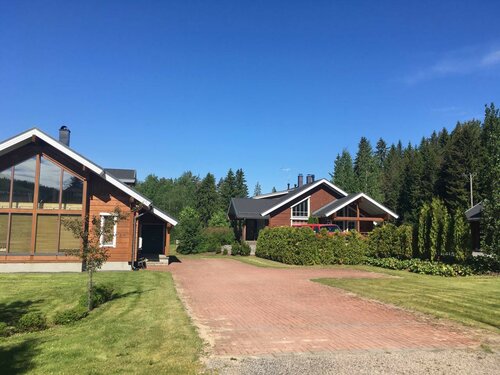 In Finland, there are ski resorts. Almost like in the Alps :-)

I have never been there in winter, but they are worth to visit in summer as well. The hills are still there, you can walk around. Those who like extreme go there even with bikes. There is good housing there, you can live in the cottages which are used in winter for skiers and snowboarders.

This summer, our company traveled to such a resort. Is was just for 2 days but cool anyway. We were lucky with the weather so that nature looked amazing. At the same time, the cottages are very convenient, with normal windows, furniture, and standard bathrooms. Each of them has a sauna, and some have a jacuzzi. In there we were sitting drinking champagne and looking to what you see in the pictures. 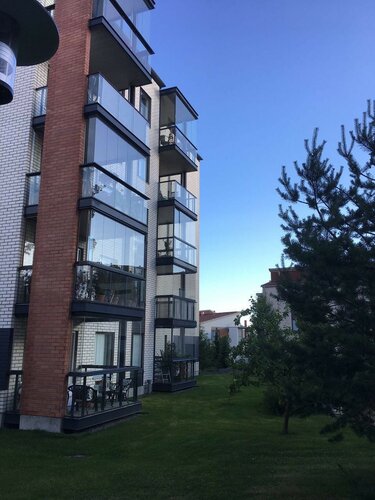 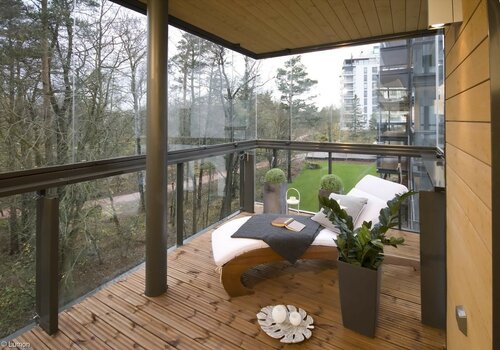 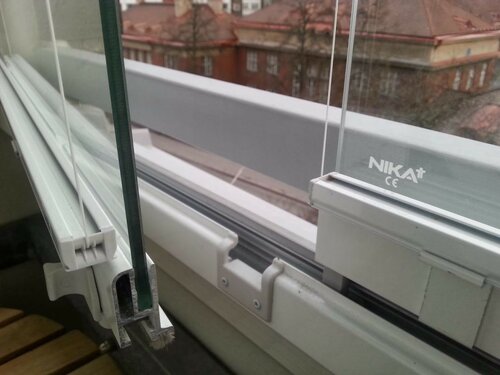 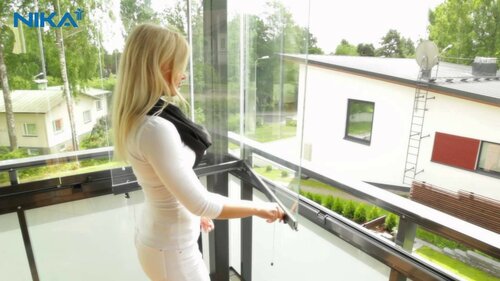 Glazed balconies are very popular in Finland. At least, in the capital area. And maybe not only there. Many new houses are built with such glazing right away. In older houses, they make additional glazing if this is what the community wants (a house should look consistently). Well, if to look at the balconies, many have already come to the agreement.

Usually, glazing is done following a special pattern; there is no frame. On the ceiling and on the bar there are sliders, glasses are inserted there and stay together very closely. It is possible to turn every glass for 90 degrees around one of its sides and move it aside. This way, the glasses can be stacked as lists in a book. So, a glazed balcony can become unglazed very quickly. 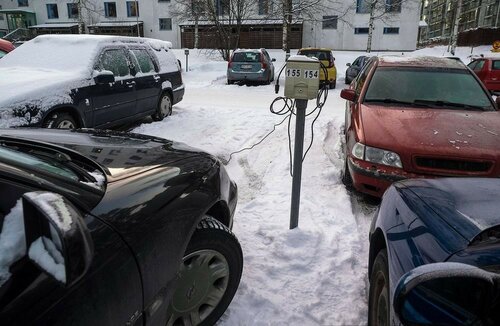 Today, and probably next following days our family is concentrating on a task "cancel parking near ex-home".

In housing communities (meaning, in high-floor buildings or townhouses) there are usually special places for parking which tenants can rent. Currently, we have the simplest option, at an open parking lot. There can be options such as under a roof, in a garage or even in an underground garage. But, of course, not every house has such luxury.

In my opinion, an open parking lot is enough. While we do not yet have children, there is no need to spend a lot of time placing them in or out of the car, so no need in a roof. There is no problem with cleaning snow or heating the car here because open parking places have electrical sockets and 99% or the cars are modified so that you can heat them with electricity. A car usually has 2 heating fans, one for the engine and the other one for the interior. As a result, a car gets over 0C and snow melts. The socket has a timer, it is designed to give you 2 hours of electricity at once. The time of turning on is adjustable, and it is the same for every day. The electricity costs are included in the parking rental price. Now we pay €10 a month, but in the new house, it will be €14.

By the way, it is even saving. In the winter, a preheated car consumes less petrol than in spring or autumn when we are too lazy to use the socket.

Last 6 months I commute by car and so do not buy a monthly pass for public transport. Usually, I need to get to the city center only once in a week, so I use regular tickets.

The trip can be paid with cash to a driver, but it is a little bit more expensive. The standard option is to beep with a travel card, which has some money on its balance. This balance you can top up in spacial machines or in kiosks. There is no option to charge the travel card on the Internet yet. :-(

Just now, I needed to go to the city center, and I did not have any cash. I didn't like to waste time for approaching the kiosk and so went with the mobile app. It is linked to a debit/credit card, and you can buy a ticket with one click. Literally, in staying in front of a driver.